For PICkit 2 and PICkit 3 programmers.

PICKitEasy is a the easiest method to program a microcontroller.

PICKitEasy  is a single application of the PICkit 2 and PICkit3 programmers, the software is feature rich and easy to use via the user interface.  It is our best value for money product if you are simply programming your part.

PICKitEasy provides support for the the latest generation of Microchip microcontrollers, and supports the  Microchip Programmers-on-Board the Microchip Xpress Boards.

The software capabilities are shown in the table. 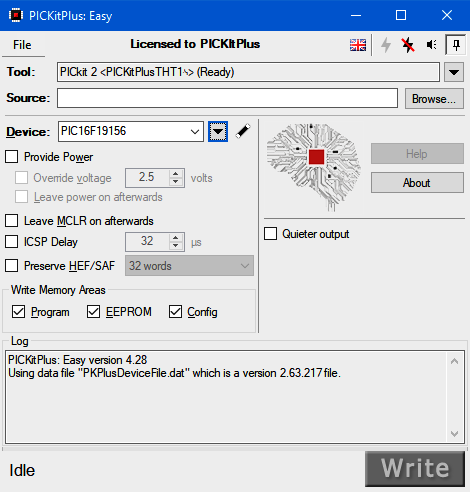 What are the capabilities of PICKitEasy software?

Which parts are supported?

What are the networking requirements to program parts?

What is the license?

One year software support/maintenance plus free updates to the parts database.